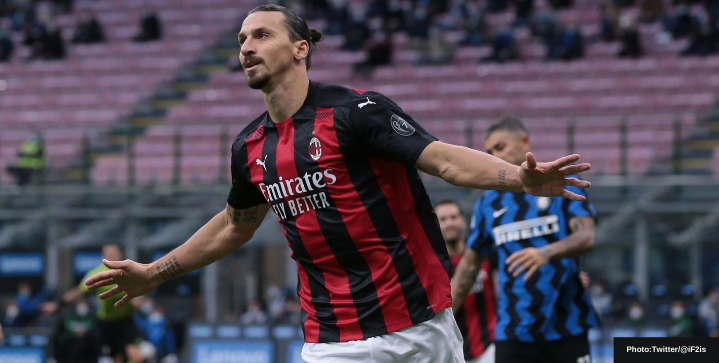 He came. He saw. He conquered. 39-year-old Zlatan Ibrahimovic has signed a new one-year deal with AC Milan deal until June 2022.

The Swede, who turns 40 in October, is currently in his second season with Milan after returning to the club on a 6-month contract last season.

Zlatan Ibrahimovic’s new €7M/year deal comes as no surprise despite his age. He’s one of the handfuls of players — like Ronaldo, Messi, and Lewandowski — that maintain their quality, aging like a fine wine.

After dominating the MLS where he scored a whopping 53 goals and notched 15 assists in 58 matches for the LA Galaxy, he’s continued his fine form in his second spell with the Rossoneri.

Zlatan has bagged 17 goals and notched 3 assists in all competitions in the current season alone. His efforts have catapulted AC Milan back into serious contenders for the Serie A title. It also earned him a call back to the Sweden national team after five years of retiring from international football.

Of course, the braggadocios Swede also brings with him controversy.

Back in March, he got into a war of words with NBA star Lebron James. He also butted heads (literally) with former Manchester United teammate Romelu Lukaku when the two faced each other in the Milan Derby. Zlatan denied abusing Lukaku, saying “In Zlatan’s world there is no place for racism.”