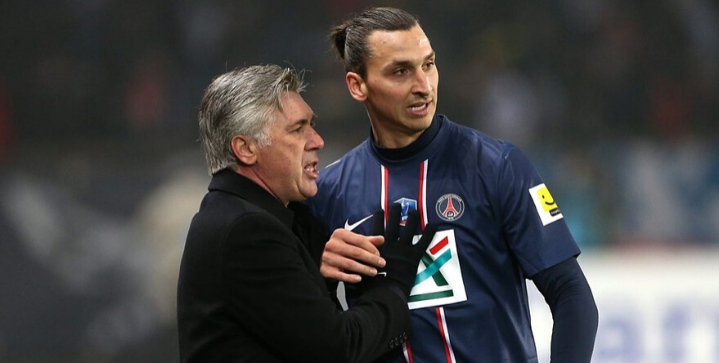 Zlatan Ibrahimovic is interested in joining Everton now that Carlo Ancelotti has been appointed as manager.

“I would have to call him… maybe I will,” said Ancelotti in his first press conference as boss of Everton. Ibrahimovic played for Ancelotti at Paris Saint-Germain during the 2012-2013 season where the club won the Ligue 1 title.

Ibrahimovic has been linked to a plethora of clubs after announcing his departure from MLS side Los Angeles Galaxy. Those teams include a struggling AC Milan, where he’s still the side’s top scorer this decade, Mourinho’s Tottenham, La Liga, and Swedish team Hammarby IF. The latter which turned out to be a controversial investment.

Zlatan’s hometown club, Malmao, honored him last October with a statue outside the stadium. However, his decision to buy shares in rival club Hammarby led the Malmo ultras to vandalize the statue multiple times, including chopping off the nose.

The 38-year-old Swedish forward still has some gas in the tank, notching 53 goals and recording 15 assists in 58 MLS games. He also made the MLS Best XI two seasons in a row.

Could Zlatan be Ancelotti’s first signing at Everton? “If he wants to come to Liverpool to enjoy, he can come. But not to play, not to play!” clarified Ancelotti in his statement on Zlatan.

Tease or not, should Ibrahimovic return to the Premier League? Tell us on Twitter.