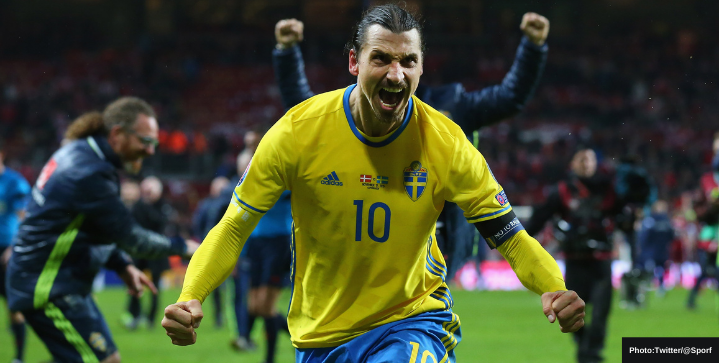 Zlatan Ibrahimovic has been recalled to Sweden’s squad for the forthcoming Euros five years after retiring from international football.

At 39 years of age, the Swede continues to age like a fine wine. He’s currently the fourth-top scorer in the Italian Serie A — 14 goals in 14 matches — and has led the Rossoneri back into top-table status.

The striker celebrated his return back to the national team by posting “The return of the God” on his social media accounts earlier today.

The return of Zlatan magic

Zlatan has scored some golazos during his international career, perhaps none more famous than his 30-yard overhead kick against England in a 2012 friendly.

But his unreal form this season has compelled Sweden’s national coach, Janne Andersson, to give him a well-deserved call-up.

“First and foremost he is a very good footballer, the best we have had in Sweden, so it if course great that he wants to return. Apart from what he can give on the pitch he also has an incredible experience and can help others in the team with that,” said Andersson.

Sweden is set to take on Poland, Slovakia, and Spain in Group H in the Euro 2020 happening this summer. Zlatan returns to action against his old club Manchester United, in the second round of Europa League on Thursday.