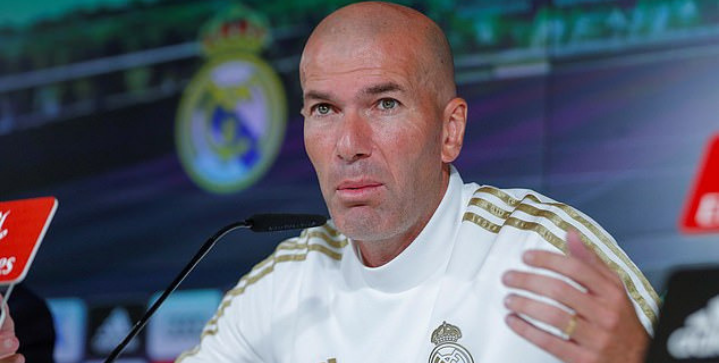 Zinedine Zidane has opened up on the rumors circulating about his potential replacement at Real Madrid.

The Frenchman has only earned five wins from nine La Liga matches and has yet to win a Champions League group stage match.

According to Deportes Cuatro, Real Madrid president Florentino Pérez maintains his confidence in Zidane regardless of tonight’s results in Istanbul.

But Pérez’s job guarantee isn’t keeping Zidane from feeling “bothered” by the rumors linking Jose Mourinho to his job at Real Madrid.

Mourinho reportedly told Lyon President that he’s already lined up his next position with a possible return to the Santiago Bernabeu.

“In football, people forget what you’ve done in the past,“ Zidane told reporters before today’s game.

“The important thing is the present…I’m not going to say it doesn’t bother me what is being said about other coaches, because it does.

“It’s a great game to play in, a great stadium, Champions League…we know what the situation is and we’re going to try and win.”

Does Zidane feel like he’s playing for his job tonight?