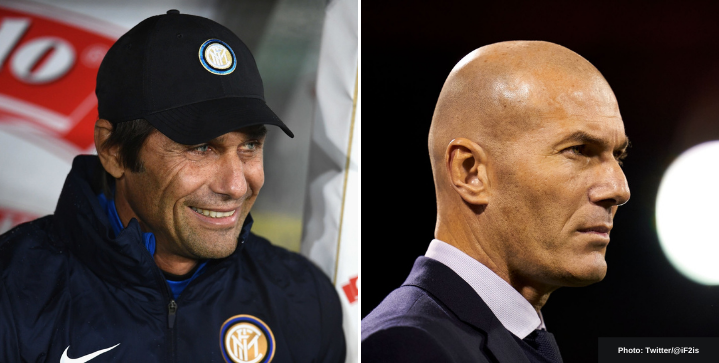 Zinedine Zidane is not interested in replacing Ole Gunnar Solskjaer as Manchester United manager, according to ESPN.

The 49-year-old Frenchman has been out of the job since leaving Real Madrid for a second time last season. And he’s in no rush to return to management unless the right opportunity emerges.

Zidane’s ambition is to replace Didier Deschamps as the next boss of Les Bleus after next year’s World Cup.

Cristiano Ronaldo won’t be encouraged by Zidane’s latest statements. Man United’s number 7 was hoping for one last reunion with his old boss at Real Madrid. The two won three Champions League titles and one La Liga together.

The ever-prolific goalscorer Ronaldo also notched 112 goals and 30 assists in 114 matches under Zizou.

Zidane is a serial winner, a proven master of managing egos that are aplenty at Old Trafford.

Meanwhile, Solskjaer ran today’s practice session with the Red Devils continuing to support their boss — at least for the next few games against Tottenham, Atalanta, and Manchester City.

With Zidane seemingly out of the picture, United are likely to press forward in talks with Antonio Conte.

The Italian boss is hot property after leaving after leading Inter Milan to the Serie A title last season. Conte departed the club due to disagreement over the direction of club finances.

Conte will ask for certainties and commitments before taking the job at Manchester United.

These are tense times at Old Trafford, especially as Sir Alex Ferguson’s influence hangs over the club. The club will be desperate to put the circus to a close before year’s end.