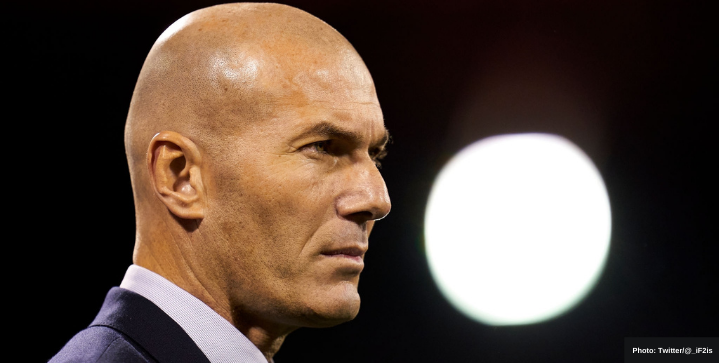 After turning down offers from Manchester United about the managerial vacancy, Zinedine Zidane does not rule out the idea of coaching PSG.

With Mauricio Pochettino open to leaving PSG midseason for Old Trafford, Zidane is a possibility to fill the Argentine’s shoes. PSG are already in dialogue with the Frenchman.

Pochettino, who teased a return to Tottenham this summer in a last-minute bid to exit PSG, seems hell-bent on leaving this time.

The first man to manage Ronaldo and Messi

With the appointment at Le Parc des Princes, Zidane could be the first man to manage Ronaldo and Messi.

It might not be his ideal next gig — he’d like to coach the French national team — but it could buy Zizzou time before he does take over Les Blues after the World Cup ends next year. The Qatari owners are keen admirers of Zidane.

Zidane is an elite manager who’s won three consecutive Champions League titles and a La Liga upon his second stint at Real Madrid. His ability to motivate players could also help PSG hang on to wantaway star Kylian Mbappe.

Which club benefits more from filling their managerial position, Man United with Pochettino or PSG with Zidane?

Which club benefits more from filling their managerial position?