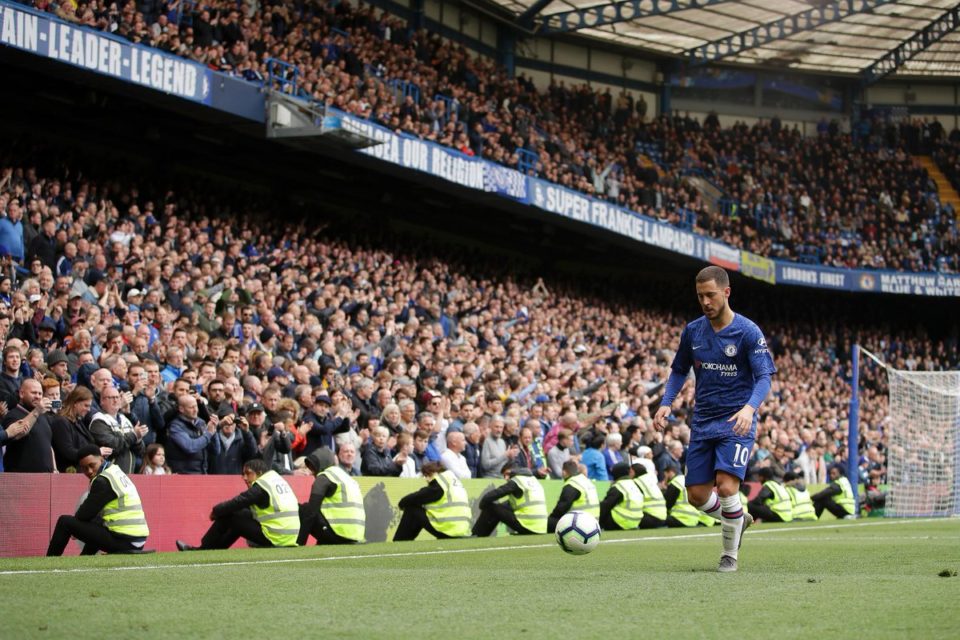 One of his main transfer targets is “Belgian Messi” Eden Hazard. According to ESPN FC, Hazard wants to move to the Bernabeu as soon as possible but Real Madrid refuses to match the Blues’ £100 million valuation.

The Chelsea star is enjoying another glorious year at Stamford Bridge, helping his team qualify for next year’s Champions League competition with a top-four finish in the Premier League. Chelsea also have a chance to win the Europa League — the team play Eintracht in leg 2 of the semi-finals on Thursday, May 9.

Hazard is the only Premier League player to accumulate double figures in goals and assists (16 goals, 15 assists). He’s notched 19 goals across all competitions, matching his 2014-2015 tally.

After a trophyless season for Los Blancos, Zidane will be looking to bolster his attacking options for next year. Sources say Real Madrid may have to give up both Mateo Kovacic and James Rodriguez in order to fund the Hazard acquisition.

It’s no secret that Zidane and Hazard admire each other. Said Zidane: “Hazard is a player who I have always rated, who has played in France, and I saw a lot of. He is a fantastic player.”

“Hazard is a player who I have always rated, who has played in France, and I saw a lot of. He is a fantastic player.”

The 28-year-old Belgian international is without a doubt one of the most talented wingers in the world today. Hazard must be itching for a chance to play at the Bernabeu for one of his boyhood heroes.