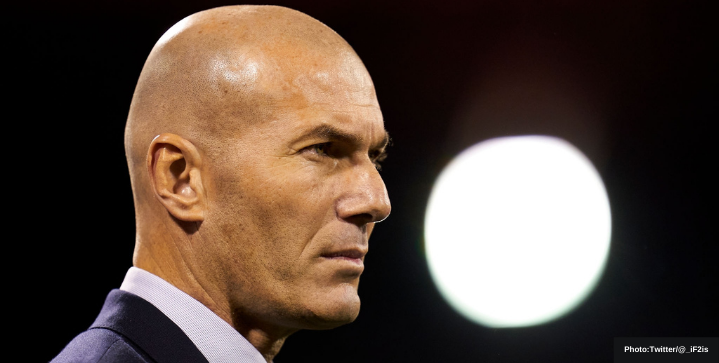 Zinedine Zidane has left his managerial position at Real Madrid for the second time.

The Frenchman informed players of his decision in goodbye messages yesterday.

“Real Madrid announces that Zinedine Zidane has decided to bring an end to his current spell as coach of our club,” announced Real Madrid in a statement.

“Now’s the time to respect his decision and show our respect and gratitude for his professionalism, dedication and passion in the last few years and for what he represents for Real Madrid.

“Zidane is one of Real Madrid’s all-time greats and his legend goes beyond what he has done as a coach and player for our club. He knows that he is always in the heart of the club’s supporters and that Real Madrid will always be his home.”

Zidane leaves the Santiago Bernabéu with 12 months remaining on his contract.

He departed the club the first time after leading Los Blancos to three consecutive Champions League titles between 2016 and 2018. In two and half seasons in charge, Zidane managed the club to a total of nine titles, including two Club World Cups, two Super Cups, one La Liga, and one Super Cup.

Zidane exits Madrid holding the record for undefeated matches with the team in all competitions, tallying 40. In a remarkable statistic, he also earned an average of one trophy every 23 games!

With Antonio Conte’s surprise departure from Inter Milan yesterday, the Italian becomes one of the primary candidates to succeed Zidane.

Who do you think coaches Real Madrid next? Let us know on Facebook.