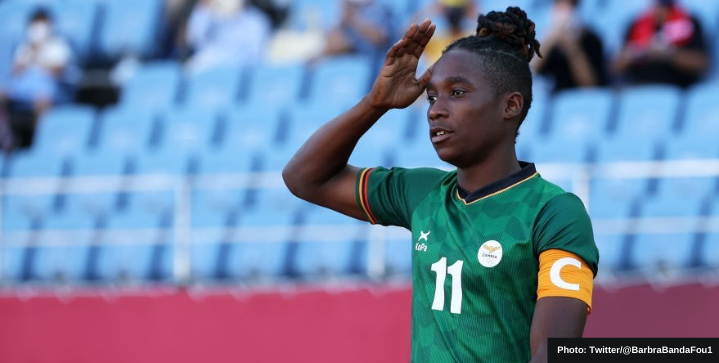 ”All the players had to undergo gender verification, a CAF requirement unfortunately she did not meet criteria set by CAF,” said Zambia FA President Andrew Kamanga.

“It’s unfortunate that we find ourselves going into the tournament without our best players.”

The 22-year-old scored hat tricks in last year’s Olympics against China and the Netherlands. She’s considered the best player in Africa and one of the sport’s rising stars.

The Confederation of African Football (Caf), governed by the rules of the global governing body FIFA, claims that Banda’s testosterone levels are too high despite the player’s effort in taking medicine to inhibit hormone function.

South African middle-distance runner Caster Semenya came under the same scrutiny for her elevated testosterone levels, which prevented her from participating in the 2019 World Athletics.

While the CAF has denied that the medical committee ruled Banda out, they still waffle in providing a clear statement addressing the issue.

The Zambian striker expects to move from China side Shanghai Shengli to sign for Real Madrid next season.