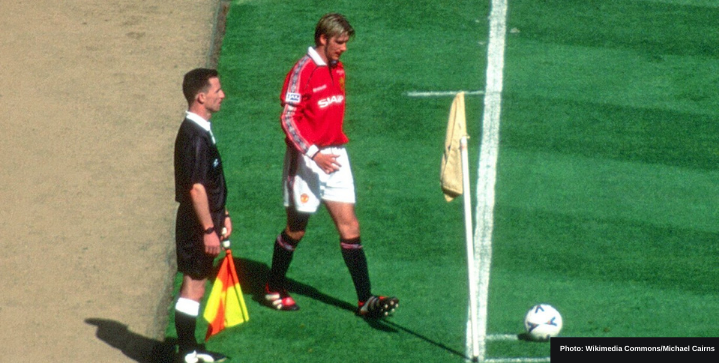 David Beckham is the latest player to be inducted into the Premier League Hall of Fame.

The Manchester United legend was the final inductee to be included in the 2021 edition, along with Steven Gerrard, Dennis Bergkamp, Frank Lampard, Eric Cantona, Thierry Henry, and Alan Shearer.

The former England captain played in a total of 265 Premier League matches for the Red Devils, scoring 62 goals and providing 80 assists. – including the memorable halfway line goal against Wimbledon in 1996.

“That Wimbledon goal from the halfway line was an amazing moment,” recalled Beckham, whose career then took off.

“Looking back now and seeing photos of it where you can see my mum and dad behind the goal celebrating, that makes it even more special.

“It was a great strike and I’m lucky it went in otherwise I’m sure the manager would have had something to say about it!”

What Beckham said about his Premier League induction

Having been voted into the Hall of Fame, Beckham’s name will now be etched into the league’s history books.

“It’s an honor to be inducted into the inaugural Premier League Hall of Fame alongside these legends of the game and league.

“The Premier League was such an important part of my career and life and I’m delighted to be recognized alongside these icons who I played with, competed with and looked up to.

“This is made even more of an honor for me knowing that it was down to the fans. This past year or so has shown just how important fans are to the game and it’s so great to see them slowly being able to come back to stadiums because they make football truly special.

“I’ve always said that throughout my playing career and beyond, I’m so lucky to have incredible fans who support me no end so thank you to everyone who voted.”