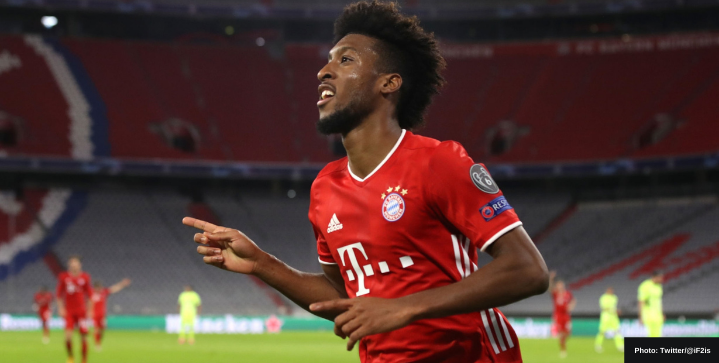 Xavi has set his sights on French midfielder Kingsley Coman as his first signing at Barcelona. The Frenchman’s contract expires at Bayern Munich in 2023 with his current contract talks stalled.

The Bavarian giants could cash in on the 25-year-old and sell him next summer at a €55m asking price.

Xavi is an admirer of the 25-year-old attacker whom he sees pairing well into the Spaniard’s 4-3-3 formation. The Bayern Munich star has notched one goal in four Bundesliga games this season but has recorded 42 strikes and 50 assists in 208 matches across all competitions for the Bavarian giants.

Xavi is also interested in Sevilla center-back Jules Kounde who’s previously been linked to Chelsea. The 22-year-old is valued at £59.5m. The Blaugrana remain linked with Raheem Sterling as well. The England international has expressed a willingness to leave the Etihad due to lack of playing time.

Xavi is poised to take over at Camp Nou in the next coming days. According to Fabrizio Romano, Xavi is working on terminating his contract at Al Sadd so he can begin a managerial chapter back at Barca.

“I have no doubts, he is ready to coach Barça,” Pep Guardiola told reporters. “He knows the way football works, knows the club’s environment and he has more experience than I had when I arrived on the bench.”