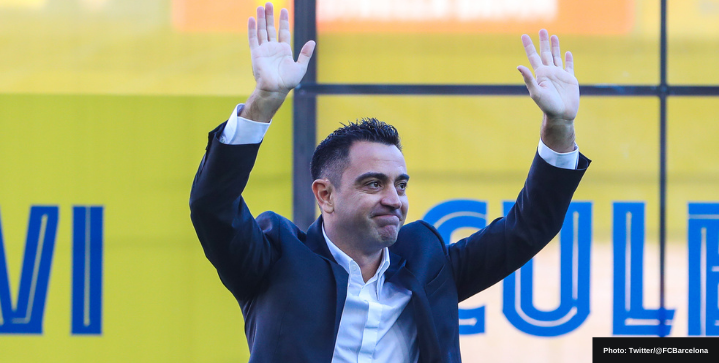 Xavi revealed that Messi sent him ‘good luck’ text upon taking the head coaching position at Barcelona. The statement came about during Xavi’s official presentation today at Camp Nou.

But he also reminded fans that the club must move on from the past despite Messi’s departure, poor form in La Liga, and economic hardship.

“Messi, [Samuel] Eto’o, Ronaldinho, of course, but they are not here. Messi is a great friend, he text me good luck. But we cannot think about the players that are not here.

“I am really excited, I am back at home. We are in a tough situation economically and not in our best sporting moment. But we are Barca and we are the best club in the world.

“I was really emotional to see all the fans today and we have to give them back good football, work seriously and with our values.”

Xavi replaced Ronaldo Koeman at the helm last Friday after ending his contract and helping Barcelona pay half of the €5m release clause to Al Sadd.

He will kick off his coaching tenure on November 20 in a La Liga clash against Espanyol at Camp Nou. The Catalan giants will then host Benfica in what is a must-win game to advance to the Champions League Round of 16.