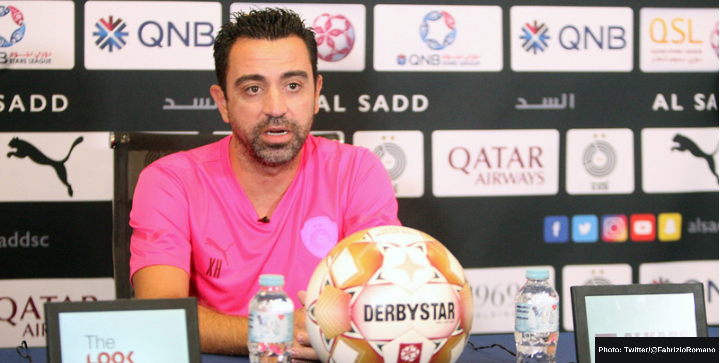 Barcelona legend Xavi is on his way to becoming the club’s next manager.

According to Fabrizio Romano, 41-year-old Xavi has already accepted the initial offer from club president Joan Laporta. However, the Spaniard must first terminate his contract with Al Saad where’s he’s won 7 trophies in two seasons.

In the meantime, Sergi Barjuan will serve as Barcelona’s interim coach.

Barcelona pulled the long-awaited trigger on sacking Ronald Koeman last night. The Dutch boss coached his final match in a 1-nil loss to Rayo Vallecano, a team Barcelona had not lost to since 2002.

Barcelona issued the following in an online statement:

“FC Barcelona has relieved Ronald Koeman of his duties as first team coach. The president of the club, Joan Laporta, informed him of the decision after the defeat against Rayo Vallecano. Ronald Koeman will say goodbye to the squad on Thursday at the Ciutat Esportiva.

FC Barcelona wishes to thank him for his service to the Club and wishes him all the best in his professional career.”

Ronald Koeman departs the Catalan giants with the club’s worst win per game record since Radomir Antić in 2002-03. Barcelona owes Ronald Koeman £10m in a final contract settlement for the early termination.

While the football world awaits the official announcement of Xavi’s return to the club, fans are already getting excited about the return of their hero.

Xavi’s coaching style is similar to Pep Guardiola, whose possession-based tiki-taka football led the Blaugrana to three La Liga titles and two Champions League trophies. Current Al-Saad player Santi Carzola thinks Xavi is the perfect match for Barca, telling SER that “Xavi is ready to coach Barcelona. He has a clear idea — always wants longer and more possession. It is what Barça needs: to return to its usual style. He likes alternating formations between 4-3-3 and 3-4-3.”

This isn’t the first time Barcelona have asked Xavi to take over at Barcelona. The former player denied the job when then Barca officials asked him in January 2020 to replace Ernesto Valverde. Xavi rejected the offer to focus on Al Sadd. So is now the right time to take the job?

Given Barcelona’s struggles in mid-table and lop-sided squad, the situation at Camp Nou presents both a challenge and a big opportunity. Xavi could be Barcelona’s hero once again.