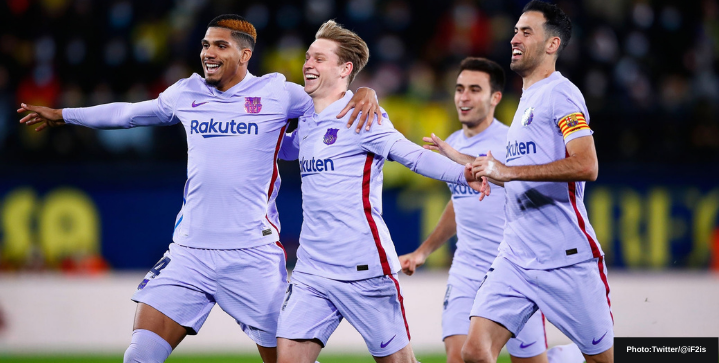 Barcelona’s head coach Xavi backs Frenkie De Jong to remain at Camp Nou. The Dutchman emerged under the transfer spotlight due to the deep pool of up-and-coming talent in teenagers like Pedri and Gavi.

The Catalan giants are set to offer Gavi a five-year contract extension and place a release clause of €1 billion on the player, as they did for Pedri in October.

The youngsters’ deals fueled speculation that De Jong, 24, would be considered surplus talent and Barca would try to offload him this summer. But Xavi remains committed to the midfielder, reconfirming today that “Frenkie De Jong will not leave the club. He’s not for sale – we consider Frenkie as key player for Barça.”

“He was brilliant against Villarreal – that’s the Frenkie we all want to see. Excellent,” added Xavi. “The club is working to strengthen the team in the winter transfer window. If a new signing arrives, someone has to leave.”

De Jong redeemed himself in November, making La Liga team of the month and receiving an 8.0 rating in each of the three matches he’s featured. Xavi knows all too well what the midfielder is capable of.

With Barcelona working on Dembele’s renewed contract, which Barcelona players appear on Xavi’s transfer list remain to be seen.