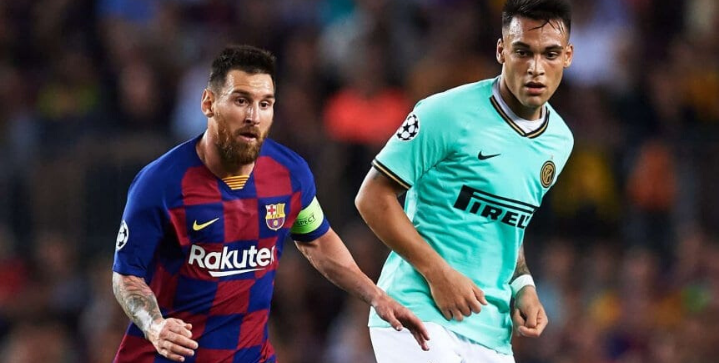 Inter Milan will try and sign Lionel Messi if the Serie A giants can’t get the star player to agree to a contract extension. Inter have proposed 22-year old Lautaro Martinez as part of the deal, with Barca keen on signing Messi’s international counterpart.

“Messi is at the end of his contract and it would certainly be attempted to bring him here. I don’t know if this situation will change anything, but I think we will see strange things at the end of the year.”

The announcement comes a day after Martinez refused to renew his contract at the San Siro. The club issued a prompt response, saying that Martinez will only be allowed to leave on Inter’s terms.

In addition to the Messi-Martinez swap, Inter have outlined two other ways Barcelona can land Martinez.

Barca can trigger Martinez’s €111 million release clause or offer Inter €70-80 million plus two players of Inter’s choice. The Blaugrana see Martinez as a natural replacement for the aging Luis Suarez.

A post shared by The SoccerGator Sports Company (@thesoccergator) on Apr 6, 2020 at 9:05am PDT

Messi’s relationship with the Barcelona board has soured recently. He’s disgusted with the organization’s inside job to mislead the media through a social media campaign intended to smear the team’s stars.

Earlier this year, Messi took a swipe at sporting director Eric Abidal for calling out the players for their lackluster performances. Most recently, Messi criticized the board for pinning the club’s response to the Coronavirus on the players.

“It does surprise us that from within the club there were those who tried to put us under the magnifying glass and tried to add pressure to do something we always knew we would do,” responded Messi. The players gave away 70% of their salaries to support the club’s employees.

But would Messi really leave Camp Nou? Barcelona legend Rivaldo is skeptical, saying Messi is still too vital to the club.

“I don’t believe that Messi would leave Barcelona for any other European club. I think he has no reasons to leave Spain, but if that happens one day then he could sign for a club from China or MLS, but only when he stops being so decisive for Barcelona.”

Messi also denied Inter rumor as another piece of “fake news” in a post on Instagram, on top of the story that said he bailed out former teammate Ronaldinho from prison.

Meanwhile, Barca president Josep Maria Bartomeu is keen to swap Antoine Griezmann for Neymar this summer. Given the financial distress caused by the coronavirus pandemic, most deals before next season will take place through player exchanges.

Whether those potential deals include Messi — who continues to balk at signing a new Barca contract and has already denied the Inter links — is one to watch along with Ronaldo’s rumored return to Real Madrid.