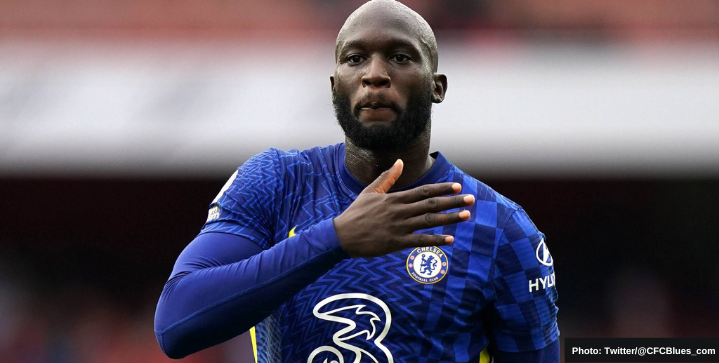 From Andy Carroll to Romelu Lukaku, plenty of big-name transfers didn’t quite live up to their price tag. Here are some of the best transfer fails of all time.

Looking for the best transfers of all time? Go here.

In a transfer fee worth £35m, English striker Andy Carroll departed Newcastle for Liverpool where he intended to fill in the boots of Fernando Torres. However, he only played two years and 80 games with the club before going on loan to West Ham. His six Premier League goals with the Reds are paltry compared to the 31 he scored at Newcastle.

Inter Milan snatched 19-year-old striker Robbie Keane from Coventry City in a transfer deal worth £13 million in 2000. But after only six domestic games and the sacking of Marcello Lippi, the Irish attacker was immediately offloaded to Leeds United. But wait, there’s more! Years later, Liverpool paid Tottenham a £20.3million fee for Keane before selling him back to Tottenham for £12 half a year earlier.

Once a record transfer from Liverpool to Chelsea for £50m in 2011, the Spanish striker Fernando Torres failed to live up to the 65 goals he scored for the Reds in 102 Premiership games. Due to nagging injuries and loss of confidence, he netted 19 times in 103 league matches.

Romelu Lukaku suffered the same fate as Fernando Torres in signing and wearing the No. 9 shirt for Chelsea. There were high hopes for the Belgium striker, who signed for a club-record £97.5m fee from Inter Milan in August 2021. He returned to Stamford Bridge after a decade of joining the club as a 19-year-old.

But the 29-year-old never matched the productivity levels he put up at the San Siro during the 2020/21 Serie A season, where he scored 24 goals and notched 11 assists under Antonio Conte. The player scored eight goals in 26 EPL matches for the Blues — even Alisson registered more assists (1) than Lukaku — a paltry performance compared to the forward’s price tag.

Lukaku is now hell-bent on leaving Chelsea — even willing to take a 30% pay cut — to move back to Inter Milan. Can he find his magical form in Serie A again?

• Record fee of £97m.
• Quoted saying he can play in any system and happy to join 'Boyhood Club'.
• In January, claimed via Sky Italia he never wanted to leave Inter and unhappy at #CFC.
• Pushed for a move back to Inter and has now returned on loan.

After winning the Ballon d’Or in 2007 and beating out future teammates Ronaldo, Real Madrid signed AC Milan’s Kaka on a transfer fee of £56m. However, the attacking midfielder failed to live up to the same superb form he showed in Italy. While injuries ruined his four-year tenure in Spain, he never quite lived up to his potential even when he was healthy.

Zlatan Ibrahimovic transferred for £42.5 million plus Samuel Eto’o in 2009 from Inter Milan to Barcelona with high hopes of repeating his marvels at Internazionale. The result? One full season playing under Guardiola, with whom he never saw eye to eye. Barcelona loaned him to AC Milan for €24m, who snatched him up permanently the following year at a considerable discount.

With a transfer from Lazio to Manchester United in 2001 for a then record transfer fee of £24.3 million, Juan Sebastian Veron failed to live up to the hype. The Premiership’s fast-pace unnerved the midfielder who liked having more time with the ball. Even more shocking, he moved to Chelsea for a transfer fee of £15 million two years later where he too unimpressed. Totaling his entire career of transfers amount to nearly £80m.

Hot property after the 1998 World Cup, Brazilian winger Denilson transferred from Sao Paulo to Real Betis for a fee of $36.6 million. The team faced relegation from La Liga in 2000, and the former star returned to Brazil’s Flamengo on loan.

Real Madrid transferred Robinho to Manchester City for a sum of £33m in 2008. While initially looking like a decent move — Robinho finished with 14 goals, and City moved up in the table — the Brazilian striker only played 12 games the following year, scoring just a single goal. Robinho went to Santos on loan in 2010.

Jadon Sancho was one of the most highly anticipated signings of the 2021 summer transfer window, but the Englishman has failed to make an impact at Manchester United so far. Sancho was brought in from Borussia Dortmund for a £72m fee, but he has struggled to adapt to life at Old Trafford and has failed to live up to expectations. After scoring an impressive 50 goals and providing 63 assists at Dortmund in 137 appearances, the 22-year-old has scored only 8 goals and notched four assists in 52 Red Devil games.

Jadon Sancho’s stats with Manchester United have been… not ideal 😬 pic.twitter.com/0epaMAeycZ

Upon excellent performances for the Newcastle side in 2003-04, Woodgate signed to club powerhouse Real Madrid for a fee of £13.4 million free in the summer transfer window. But Woodgate never lifted a boot on the field in his first year with the club due to injuries. Even more, he scored an own goal and received a red card in his debut game with Los Blancos. He played a total of nine matches for Real before being sent off to Middlesbrough on loan.

After six seasons with Manchester City, the English winger transferred to Chelsea for a £21 million fee. In his three years including two under Jose Mourinho, he managed to score four times in 82 games before Manchester City picked him back up in 2008.

The Brazilian striker moved on a transfer from CSKA Moscow to Manchester City for a club record, £19m. But the record only lasted a couple of months before the Abu Dhabi United Group took over the club and signed Robinho, another City bust. Jo scored just one goal in his first season with the club before finding himself an extra resource. Everton and Galatasaray picked him up on loan the remained of his two seasons.