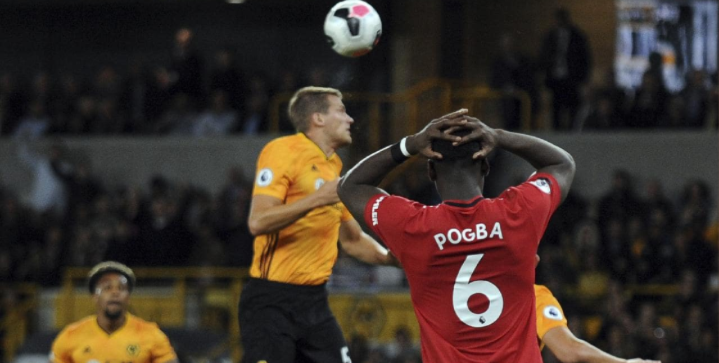 The Red Devils started the game with confidence, looking to seal three points at Molineux stadium.

The Wolves clawed their way back into the game in the second half. In one of the best goals so far this Premier League season, Ruben Neves hit an absolute wonder strike from long-distance in the 55th minute. The ball nicked top bins, leaving David de Gea hopeless.

However, it appeared that Manchester United was prepared to go back on top.

Pogba drew a penalty in the 67th minute, but the Frenchman failed to convert it with Wolves goalkeeper Rui Patricio diving far right to make the save.

Despite Pogba’s fourth failed attempt from the spot in the last year, Solskjaer defended the player’s right to take the penalty over United’s spot marksman Marcus Rashford.

“The two of them are confident and good penalty takers,” said Solskjaer after the match. “When there are two names there it’s the one who’s the most confident and Paul has scored so many before so absolutely no problem.

“Sometimes in a game you do grow in confidence. Sometimes; ‘I don’t want to take it today because I had a bad day.’ I’ve got absolutely no problem with players walking up and saying, ‘this is mine’.”