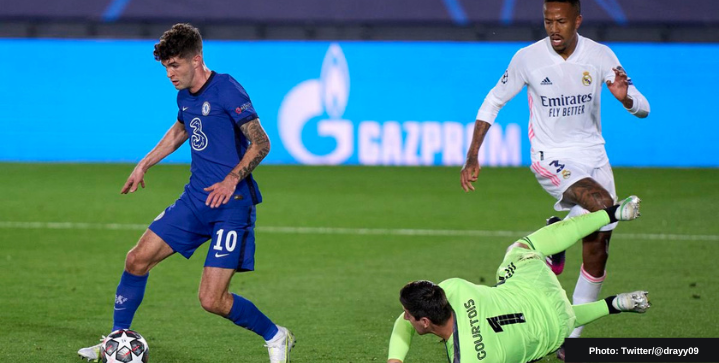 The writing seems to be on the wall for Christian Pulisic’s time at Chelsea. The Blues (if Barcelona don’t pull a fast one) are in the middle of hijacking Arsenal’s bid for Leeds United winger Raphinha.

The Brazilian is set to sign for Chelsea after Leeds accepted a £60-65m bid from the West London side. Chelsea is also looking to sign Raheem Sterling and potentially Neymar, who’s been given the green light to leave PSG. That would surely set aside Pulisic and possibly others (Ziyech and Timo Werner) as excess.

Where will Pulisic wind up next?

Pulisic’s departure from Chelsea is not off the table.

The 23-year-old, still on contract at Stamford Bridge until 2024, is rated highly by Juventus and BVB. But his transfer fee and salary could be prohibitive.

The Italian giants have already rejected an offer from Chelsea of €40M + for Pulisic or Werner to sign the defender Matthijs de Ligt.

Pulisic became the most expensive American soccer transfer of all time upon his $73.1 million deal to Chelsea from BVB in January 2019. Dawned as Eden Hazard’s replacement — Pulisic even adopted the No. 10 shirt — the winger has been a mixed experiment for the Blues.

The so-called “Lebron James of soccer” has notched 25 goals and provided 18 assists in 114 matches for Chelsea, scoring and assisting against Real Madrid in the semi-final during Chelsea’s 2020/21 Champions League victory run.

Pulisic is a big-game player and one of Chelsea’s leading front-men despite becoming the lightning rod of criticism for the club’s dearth of goals.

Tuchel’s side is in desperate need of a consistent goal-scorer. Should Chelsea sign Raphinha, Sterling, and even Neymar and keep the likes of Pulisic, Werner plus Havertz, and Mount — one would think that’s plenty of attacking firepower to push the Blues back into Premier League and Champions League glory.