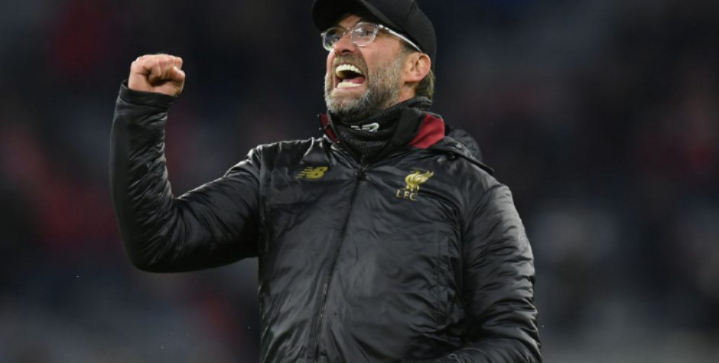 After key victories over Chelsea and Tottenham victory over Tottenham this past month, the Reds are on pace to finish the Premier League with the second most points of all-time.

Manchester City broke the tally for points last year with 100. Liverpool could finish this year with a maximum of 97 points, should they win all four of their remaining games.

Two of Liverpool’s opponents (Huddersfield and Cardiff City) are in the relegation zone. The match against Wolverhampton at home on the last day of the season presents Liverpool its finest challenge. However, Anfield continues to prove itself a mighty fortress.

Should Liverpool win the rest of their home games, they will add to their tally of 40 home games unbeaten–the 2nd longest run ever in the Premier League, having not lost since May 2017. Chelsea still hold the record for longest unbeaten streaks at 86 games (March 2004-October 2008).

The ball seems to keep rolling in Klopp’s favor. As he said in the team’s late clincher against Tottenham in late March: “It is only positive. I said there are 500 ways to win a football game and today was slightly ugly. Who cares?”

Beauty aside, dropping points at this juncture would surely mean the end of Liverpool first’s league title in the Premier League era. Man City will be desperate to hang on to their title chances given the team’s exit from the Champions League.