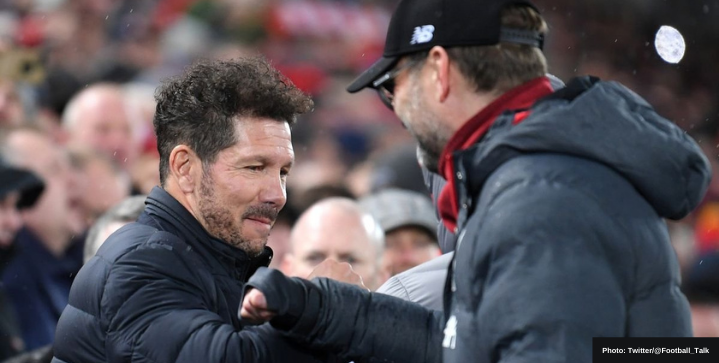 The Atletico boss famously left Klopp hanging after Liverpool’s 3-2 victory in the Champions League group stages at the Wanda Metropolitano a fortnight ago.

“I know in the UK it is a custom, but I don’t share it and I don’t like the falseness it may include,” the Argentinean told reporters ahead of the match.

“I don’t know Klopp as a person, but he is a great coach and has been great everywhere he has been.

“I don’t give an opinion on other teams, we are coaches and we all have to respect that.”

Unaware of the deliberate snub the first time around, Klopp is well-prepared to go empty-handed again.

“I respect him a lot,” said Klopp.

“We don’t know each other but I respect what he is doing at Atletico, absolutely exceptional against strong sides year after year. Really impressive.

“The handshake? If I knew he doesn’t do it, then I wouldn’t try it.

“We were both emotional [after the game in Madrid] but now I know he doesn’t like to do it, so no problem.

“Then we can all go home happy but between the handshakes, it’s an important game, which I am more concerned about.”

Now that the hand-shake-gate story has been put to rest, let’s hope for another thriller.