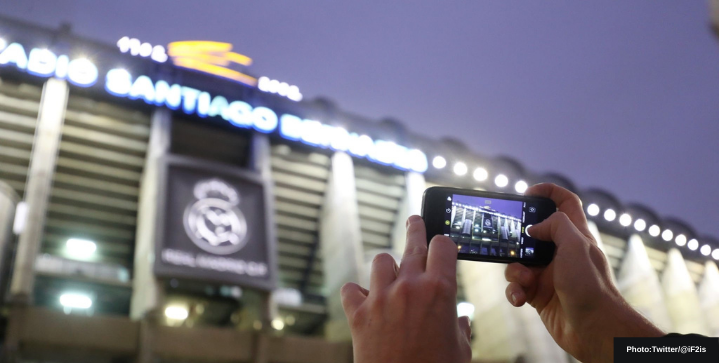 You may be wondering why Real Madrid have been playing at a different stadium during the Champions League and for this past weekend’s El Clasico.

The answer is simple: Real Madrid’s home stadium since 1947, the Santiago Bernebeu, is undergoing an extensive £450Million renovation.

In fact, it’s been more than a year since Los Blancos have featured at the Bernabeu.

What are the plans for the newly rebuilt Santiago Bernabeu?

Club president Florentino Perez shared his original plans for the venue in 2019, saying “our future naturally involves a new Santiago Bernabeu stadium, a reference of the 21st century.

“A modern, avant-garde stadium, with maximum comfort and safety, with state-of-the-art technology, where fans can experience unique sensations and also be a new and important source of income for the club.”

Perez kickstarted the rebuild during the coronavirus lockdown measures in place of June of last year. The upgraded venue includes a retractable roof plus new towers on the west side.

When the rebuild is complete in 2022, it’s expected to generate over €1 billion per year, hosting concerts and other big sporting events (eg. basketball, boxing) as well.

The 6,000 capacity venue is a far cry from the 81,000 seats at the Bernabeu, which is not surprising since it’s most used by Real Madrid’s B team as a training ground.

You don’t tell that to Jurgen Klopp, who ridiculed the field during last week’s 1-3 leg 1 quarterfinal defeat to Real Madrid.

“It was strange tonight because of the stadium, but Anfield is at least a proper stadium – that will be good for us.”

Klopp concluded that the stadium had a negative effect on his players. It’s worth noting that at 105 x 68 meters, Alfredo Di Stefano is actually larger than Liverpool’s iconic Anfield, 101×68 meters.

Said former Real Madrid player and former general manager Jorge Valdano: “When the new Santiago Bernabeu has finished its renovation, then it will be Anfield that will look like a training ground.”

Real Madrid and Liverpool face off in the second leg of the Champions League quarterfinals on Wednesday.