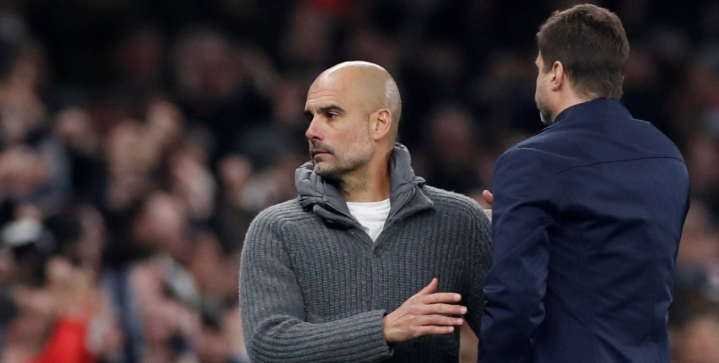 So it was a shock to see Pep Guardiola modify his own successful tactics for Tuesday’s Champions League match against Tottenham.

Instead of opting for the usual attacking formation, Guardiola went more defensive with 4-3-2-1. He started two holding defensive midfielders Ilkay Gundogan and Brazilian Fernandinho over the more offense-minded Kevin De Bruyne to help control a tight-knit Spurs midfield. Bernardo de Silva sat out due to injury.

But even more odd was the decision to start Fabian Delph at left-back, out of position playing against a much-faster Son Heung-min who scored the game-winning goal. Even more, Guardiola substituted Kevin De Bruyne and in-form Leroy Sane into the match with just a few minutes left.

One could argue that Guardiola errored in overthinking the strategy. And his nerves spread to the players. After all, he hasn’t won a UCL quarter final or semi-final away leg since leaving Barcelona.

But all criticism is a matter of events. The game could’ve gone the other way had Sergio Aguero knocked in his penalty in the first half. Lloris’s excellent save gave Tottenham an extra boost of confidence the Spurs needed to eke out a victory.

Given the result, it’s likely that Guardiola reverts to his original tactics for the next leg back at the Etihad where there’s still all to play for.

Three things to look out for in Wednesday’s Manchester derby