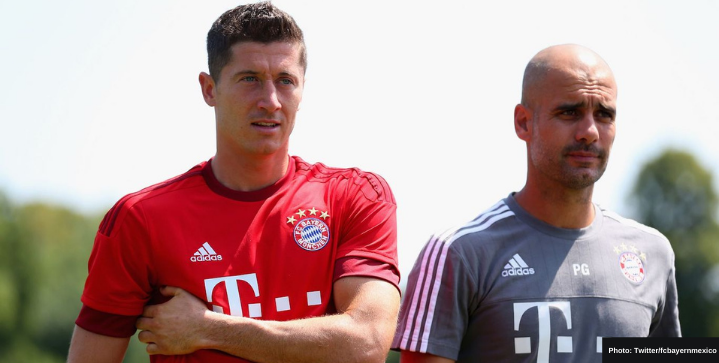 Robert Lewandowski is considering a move to Manchester City next season, according to his agent Pini Zahavi.

Bild reports that the Polish striker, under contract with Bayern Munich until 2023, plans to decide his future before the end of the season. Manchester City and Chelsea are the possible destinations on Lewandowski’s horizon should he not renew with the Bundesliga giants.

The 33-year-old is still one of the best strikers in the world, certainly one of the greatest of his generation. The forward has never gone more than three consecutive games without a goal since 2016. He’s a front-runner for this year’s Ballon d’Or after snagging the most goals and assists (58) than any other player in the world. Messi and Haaland are second and third, with 52 G/A and 51 G/A, respectively. They’ve all played 40+ matches.

There’s no doubt that Lewandowski also fills that void. The striker also played under Guardiola at Bayern Munich for three seasons.

“Guardiola taught me to understand football from movement, tactics, how to use football from tactics. After the experience with him, I think differently about football,” Lewy recently told Marca.

Do you think we’ll see a reunion of Lewandowski and Guardiola next summer?