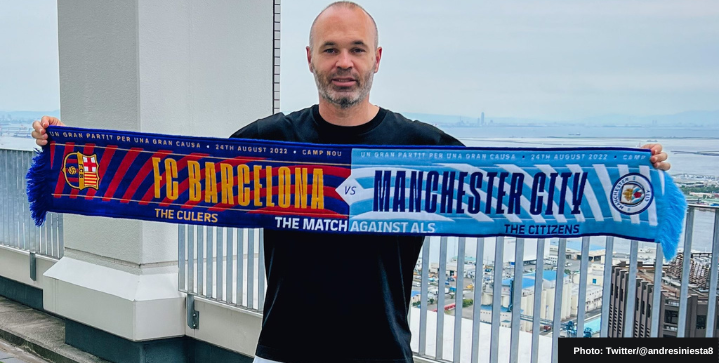 Barcelona faces off tonight against Manchester City in a one-off friendly match, strangely amid the start of the 22/23 season.

The game was initially scheduled to occur in front of 30,000 fans last season but was postponed due to Covid. Both teams will make sure the delay will be worth the wait.

Camp Nou will be open to an entire stadium of 100,000 capacity so the game can raise even more money to raise funds and awareness for amyotrophic lateral sclerosis (ALS) research under the name of former Barca player and assistant coach Carlos Unzué.

Barcelona to feature third kits in the charity match

Barcelona and Manchester City will be the first time Xavi and Guardiola battle it out as coaches.

It’ll also be the first time Barcelona will wear its third kit featuring the Cross of Sant Jardi.