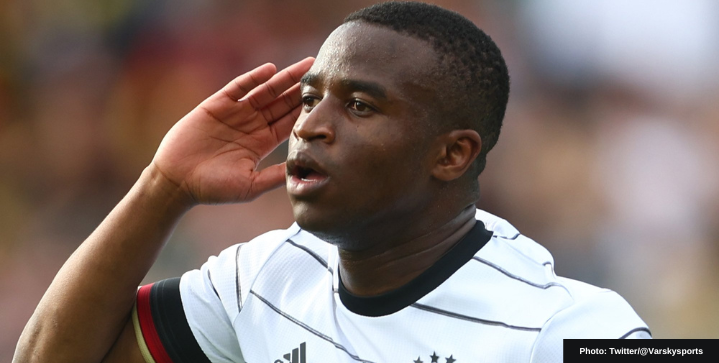 Every footballer dreams of one day playing in the World Cup. For some, that dream comes sooner rather than later. And for the rare couple like Pele (17) and Kylian Mbappe (19), some taste World Cup glory in their teens.

Let’s look at the youngest players to ever play in a World Cup.

Norman Whiteside of Northern Ireland made his World Cup debut at just 17 years and 42 days against the former Yugoslavia in Spain in 1982. He is technically the youngest-ever player to feature in a World Cup.

Samuel Eto’o was the youngest player selected for the 1998 FIFA World Cup in France at 17 years and 3 months.

The Cameroonian striker went on to have a long and successful career at both club and international level, scoring 58 goals in 118 appearances for his African nation while snagging two African Cup of Nations trophies.

The former Real Madrid reject scored 130 goals during his time in Barcelona, topping it off with the treble during the 2008/09 seasons. The three-time Champoins League winner is one of the best La Liga strikers of all-time.

Nigerian left-winger Femi Opabunmi became the third youngest player to feature in the World Cup, making his debut against England at the 2002 World Cup. Despite making it into the record books, the player was forced to retire four years later due to glaucoma which made bim blind in his right eye.

Salomon Olembé is the fourth youngest player to feature in a World Cup when the then 17-year-old made his debut for Cameroon in a group stage match against Austria in 2002. He quickly became Cameroon’s second-youngest player after teammate Samuel Eto’o debut seven days later against Italy.

The left midfielder made 64 appearances with Cameroon and scored five goals.

17 year-old Pele made his World Cup debut against the USSR on June 16, 1958 at the Sweden World Cup. The teen then led Brazil to victory in the World Cup final, becoming the youngest ever player to both appear and score at the age of 17 years and 249 days old.

His first goal was a beauty, controlling the ball with chest to be followed by a lob over a defender then a volley into the net. 19-year-old Kylian Mbappe became the second teen to score in a World Cup final 60 years later.

Youssoufa Moukoko is expected to make his first appearance for Germany when he joins the DFB team at the Qatar World Cup this month. He will be 18 years and 3 days old when Germany take on Japan in the group stage.

The teenage striker has already made a name for himself for BVB, scoring four goals and providing six assists in nineteen games so far this 2022/23 season.