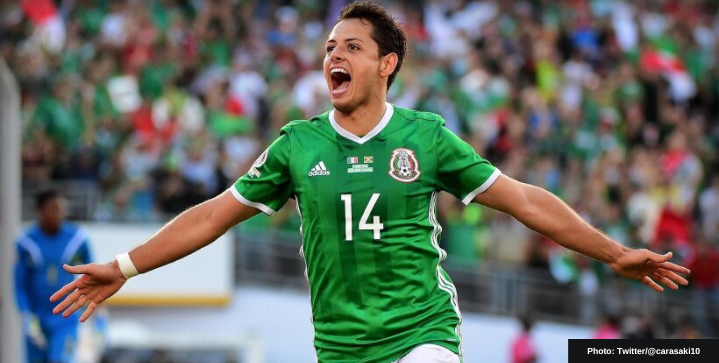 Some of the world’s most prolific goal-scorers have worn the Tricolor kit. But how do some of these strikers match up on the world stage?

Mexico’s Javier “Chicharito” Hernandez is the all-time leading goalscorer for his country, with 52 goals in 109 appearances. The striker, who currently plays for MLS club Los Angeles Galaxy, is the first Mexican to reach the 50-goal mark — a goal which he scored against South Korea in the group stages of the 2018 World Cup.

Chicharito began his career with the Mexican club Chivas de Guadalajara before moving to Manchester United in 2010. He has also played for Bayer Leverkusen, West Ham United, and Sevilla. Chicharito undoubtedly ranks as one of Mexico’s best players of all time.

Jared Borgetti is Mexico’s second-all-time leading scorer with 46 goals. He scored THAT backward header over Italy’s Gigi Buffon in the 2002 World Cup to help Mexico top the group.

Borgetti played for several clubs in Mexico, as well as Bolton Wanderers in England, where he became the first Mexican to join an English club. In 2005, he scored three goals in the Confederations Cup to propel El Tri to a fourth-place finish.

Cuauhtémoc Blanco is Mexico’s third-greatest scorer of all time with 39 goals. The forward collected 120 caps for the El Tri, becoming the first Mexican to score a goal in three World Cup tournaments.

At the club level, Blanco scored over 100 goals for Club America and was known to do the “Cuauhtemiña,” where he’d stop the ball amongst defenders and uses two feet to hurl it between them to progress forward.

Hernandez finished his international career with 85 caps and ranks as the fourth-highest all-time leading goalscorer for Mexico.

Mexico’s fifth all-time top goal scorer, Carlos Hermosillo, scored 32 goals in 90 matches for El Tri. The six-foot-two striker enjoyed a solid club career where he won the Mexican Primera Division’s Golden Boot three years in a row with 34 and 35 goals during the respective 94/95 and 95/96 seasons.

A physically imposing forward, he finished his international career with 84 caps for his country and 30 strikes.

Raúl Jiménez makes the list at the seventh spot for Mexico’s all-time top scorers. The forward, who’s in Mexico’s final roster headed to Qatar, looks to add to his tally of national goals.

Mexican fans will never forget his 85th-minute game-winning golazo against Panama to send Mexico to the 2014 World Cup.