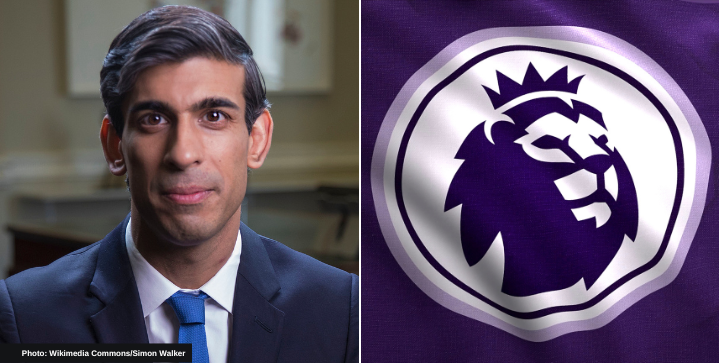 42-year-old British politician Rishi Sunak is set to be the next UK Prime Minister.

The first prime minister of color, Sunak is of Indian descent (his Dad is from Keyna, mom is Tanzanian) and grew up in Southampton, England. As a kid, he worked in a curry house before attending Oxford and Stanford for his MBA.

The ex-Goldman Sachs banker, worth $700 million, won a Parliament seat in 2015 before becoming chancellor of the exchequer under Boris Johnson.

Sunak reveals the one club he roots for

The Southampton native didn’t shy away from admitting his favorite club during a hustings event in Exeter this past summer.

In addition to saying he’d always to wanted to be cast in a Star Wars flick, he also harbored lofty ambitions to run his local club, that’s right — the Saints.

“On my bucket list of life’s ambitions, well, when I was a kid, I wanted to be in a Star Wars movie, um, so that’s probably not a sensible thing to do,” Sunak revealed in August.

“But I’m a massive football fan, I’m from Southampton and if I would get to be able to run Southampton.”

“Well, if I could run Southampton Football Club, I would be a very happy man.”

Let’s just say Sunak now has a bigger job on his hands, and when it’s all said and done, the passionate Saints fan can make Southampton an offer they can’t refuse.

Southampton drew Arsenal 1-1 over the weekend at St. Mary’s Stadium.