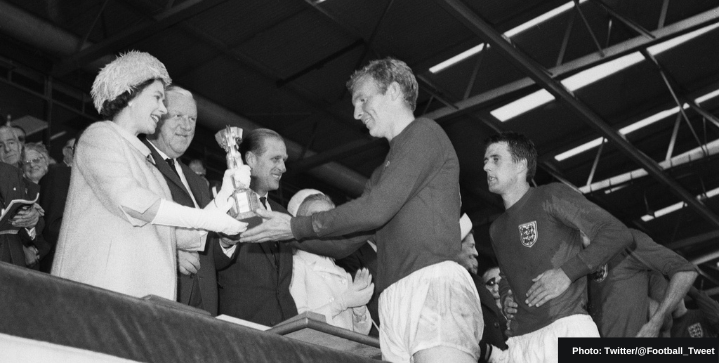 Queen Elizabeth’s death has plunged Britain and the football world into mourning.

The Queen ruled for 70 years and famously presented the 1966 World Cup trophy to England captain Bobby Moore. She reminisced on the historic presentation just last year ahead of the 2020 Euros.

“Fifty-five years ago I was fortunate to present the World Cup to Bobby Moore and saw what it meant to the players, management and support staff to reach and win the final of a major international football tournament.

“I want to send my congratulations and that of my family to you all on reaching the final of the European Championships, and send my good wishes for tomorrow with the hope that history will record not only your success but also the spirit, commitment and pride with which you have conducted yourselves.”

But which Premier League team did the Queen support?

Was the Queen a Gooner or a Hammer?

Although her Majesty proclaimed herself neutral, she purportedly supported Arsenal FC.

She met with some Gunners players for afternoon tea back in 2007, becoming the first monarch to host a football team at Buckingham Palace. Former Gooner Cesc Fabregas said the Queen told him she was “a fan” of the club.

The Gunners paused for a moment of silence to remember the Queen before their Europa League game earlier today.

However, others say she once admitted to being a West Ham fan, a team that also commemorated the Queen before their Europa Conference League match today.

The United Kingdom now enters into ten days of national mourning following the death of Queen Elizabeth II in Balmoral on Thursday.