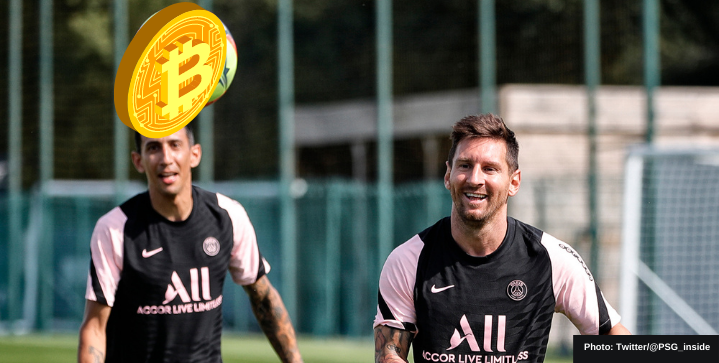 The club never disclosed the quantity of the tokens gifted to Messi but referred to the amount as “significant.” PSG president Nasser Al-Khelaifi said that they have not broken any financial fair play rules with the distribution of crypto.

PSG partnered with crypto platform Socios.com to debut the token in January of last year. The current price of the token is $42 on CoinMarketCap, down from its peak of $56 in April.

“Regarding the financial aspect, I will make it clear — we know the rules of FFP and we will always follow the regulations,” explained Al-Khelaifi.

“Before we do anything, we check with commercial, financial and legal people. We have the capacity.”

The coin has more than doubled in value this month, however, given speculation surrounding the arrival of Messi.

The coin gives fans voting rights on some of the smaller decisions related to the club. Manchester City launched their token last March. Barcelona, Juventus, AC Milan, and Arsenal have all followed suit with further aims to drive the global fan experience.