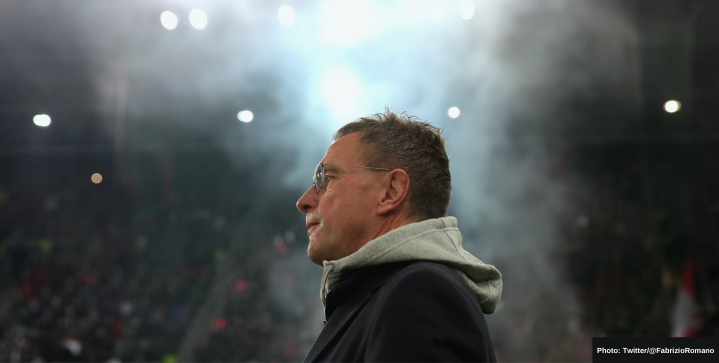 Manchester United have named Ralf Rangnick as interim boss until the end of the season.

Rangnick, 63, rejected United’s first proposal before the club amended it to include the two-year consultancy role after the end of the season. The German will leave Russian heavyweights Lokomotiv Moscow to take up his new role at Old Trafford.

“I am excited to be joining Manchester United and focused on making this a successful season for the club,” announced Rangnick.

“The squad is full of talent and has a great balance of youth and experience. All my efforts for the next six months will be on helping these players fulfill their potential, both individually and, most importantly, as a team.

“Beyond that, I look forward to supporting the club’s longer-term goals on a consultancy basis.”

What Ralf Rangnick’s appointment at United means for Ronaldo

Some pundits like Gary Neville believed that Rangnick had already taken semi-charge of the club during yesterday’s 1-1 tie against Chelsea. The odd omission of Ronaldo from the starting lineup seemed to indicate that someone else was making the club’s big decisions.

Interim boss Michael Carrick quickly dismissed the rumors after the match, opting for three defensive midfielders and a more youthful attack. 21-year-old Jadon Sancho followed up his goal in midweek to score his first Premier League goal for United.

“I don’t see any other player with his combination of pace, being dangerous in front of goal and ability to get assists. He’s one of the best talents in Europe,” said Rangnick on Sancho in 2020.

Rangnick is well-respected among the footballing elite, counting Jurgen Klopp and Thomas Tuchel among disciplines. Rangnick famously spearheaded RB Leipzig’s rise to the top of Bundesliga and turned Timo Werner into a goal machine in his one season at the helm. He will do well to harness Ronaldo’s goal-scoring talent rather than making him a casualty of the new regime.

Rangnick is expected to be on the sidelines for the club’s match against Arsenal on Thursday.

Do you think Rangnick will work wonders at Manchester United? Let us know on Facebook.