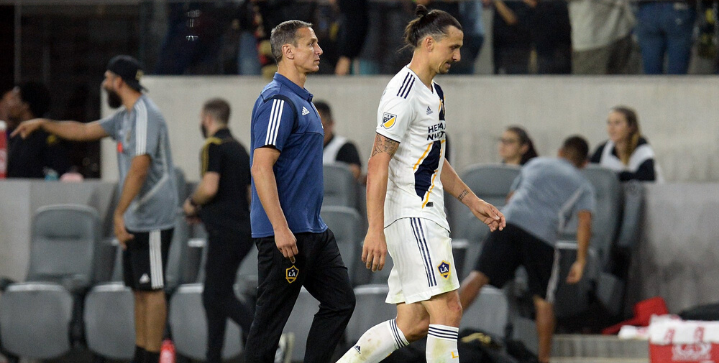 Zlatan Ibrahimovic grabbed his crotch and stared down an LAFC fan on his way to the locker room after his team’s loss last night’s in the MLS Western Conference semifinals.

LAFC defeated the LA Galaxy 5-3 in what was probably Ibrahimovic’s last game in the MLS. The Swede has hinted an interest in joining Boca Juniors or heading back to Italy to join Napoli.

Zlatan’s obscene gesture leaves a lasting moment for the veteran striker that he may come to regret. “I enjoy it. It gave me adrenaline. This is nothing,” said Ibra on the contrary.

Ibra also bashed the MLS in his post-game interview.

“I made LAFC famous. I even made Vela famous. They should be happy,” said Ibrahimovic.

Imagine I’m not here anymore…If I stay it will be good for MLS because the whole world will watch it. If I don’t stay, nobody will remember what MLS is.”

The MLS has not issued a response to the controversial incident. But the event adds even more drama to football’s newly heated derby rival dubbed El Trafico.