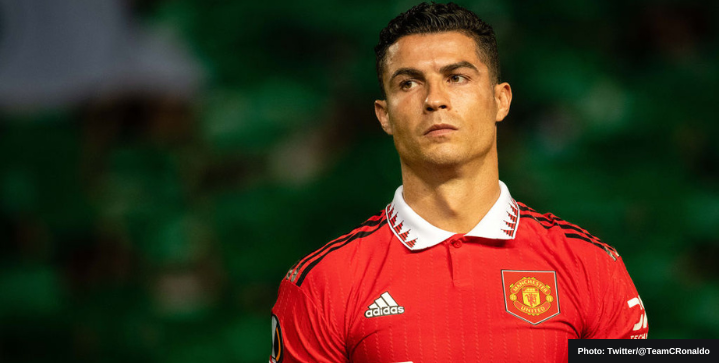 The miss leaves the 37-year-old still searching for that elusive 700th club goal.

The Portuguese striker, commonly riding the bench this season, got another Europa League start for Erik ten Hag’s side tonight. He did everything but score.

Ronaldo’s open goal miss came in the 77th minute when Diogo Dalot put the ball on a plate for his Red Devils teammate. The striker shanked it off the post from about 8 yards out, one of his eight shots attempted. He did snag an assist though, his 43rd in European matches during his career.

The Red Devils still clawed their way back to a 3-2 victory against the Cyprus side.

Ronaldo’s only club goal this season came against FC Sheriff during his first start of the season last month.

Man United fans are starting to lose faith in the legendary club player. Even coach ten Hag is willing to let the star this winter, telling reporters in a pre-match conference on Wednesday, “he wants to play and he’s p***** off when he’s not playing.”

Meanwhile, Lionel Messi has scored in the last six games for club and country.

While things may not be going Ronaldo’s way right now, history suggests this will merely fuel the flames of a prolific goal-scoring run.