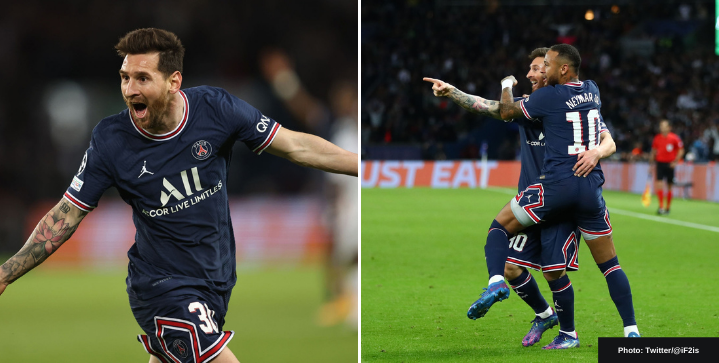 Lionel Messi scored his first goal for PSG in a two-nil victory over Manchester City in the Champions League.

The goal occurred in the 74th minute when Messi picked the ball up from the halfway line, dribbled inside, and conducted a beautiful one-two with Mbappe, who provided the touch-back assist.

It was a trademark Messi finish, his 121st goal in Champions League.

The strike was Messi’s 27th goal against English clubs, more than any other player in Champions League history. It was his 7th goal against Manchester City, haunting his old boss Pep Guardiola.

The goal also makes Messi the second player in history to score in 17 successive Champions League seasons, following Karim Benzema who netted a few minutes before against FC Sheriff.

“Very happy for a win in such a complicated game and for scoring my first goal. Hopefully many more come!!!” said Messi on Instagram after the match.

The 34-year-old Argentine returned to the PSG starting lineup after sitting out the last match due to a knee injury.