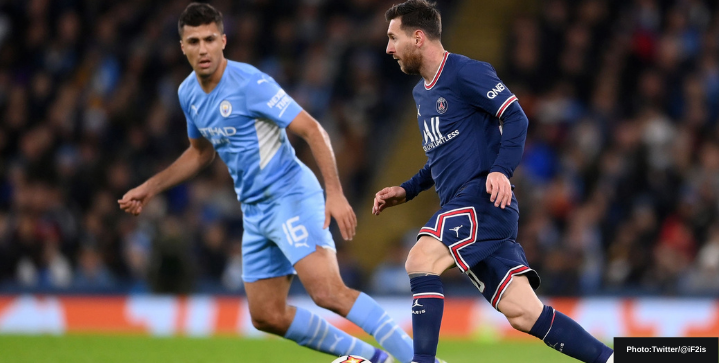 No matter how much a player closes his legs, Messi still finds a way to nutmeg them.

During the early minutes of the first half of Manchester City’s Champions League clash against PSG, Messi provided a cheeky nutmeg on Raheem Sterling.

As one Twitter fan put it, the 34-year-old Argentinian “did Sterling dirty.” But it wasn’t only the nutmeg of the first 45 minutes. He also nipped one past Joao Cancelo, arguably one of the best full-backs in the world right now.

The last time Messi nutmegged a Man City player Pep was in the stands covering his eyes in awe.

Other than two nutmegs, Messi and team had a quiet first half with hardly a kick in the City box. Despite City’s dominance, however, Kylian Mbappe snatched one in the second half. 15 minutes later, Raheem Sterling equalized with Gabriel Jesus pulling one back to give City the deserved lead.

Manchester City emerged victorious, going atop Group A. What a game.