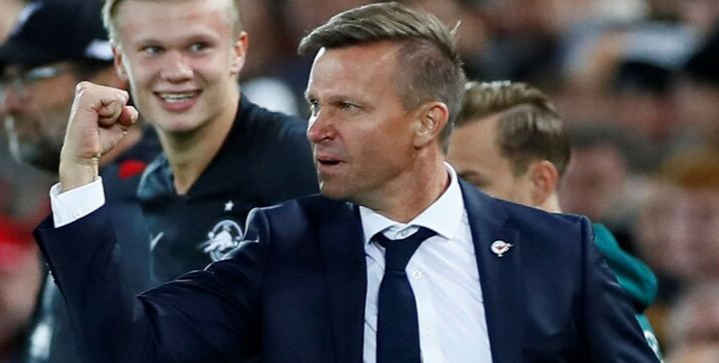 Salzburg was down 3 nil to the Reds at Anfield at the midway point. While Die Mozartstädter put up a fight, coming back to tie the game 3-3, they ended up losing 4-3.

Still, we get a sneak peek into the motivational talk that inspired RB Salzburg’s near comeback win against Liverpool.

Speaking in German, the American boss stressed the importance of team unity and confidence before going into tactical adjustments.

Naturally, he got worked up and used his native language to drop some F-Bombs in between.

“How many fouls have we committed? Maybe 2?,” emphasized Marsh. “It’s not a f–king friendly, it’s a Champions League match.”

According to Grant Wahl, the video is part of a forthcoming documentary.

Asked what Jurgen Klopp thought about the video:

“If LFCTV had put out a video of me in that situation, I would leave the club,” Klopp said. “That’s the truth and that’s all I will say about that.”