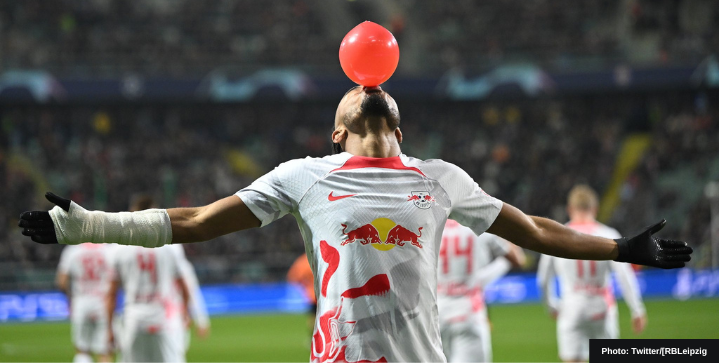 Christopher Nkunku opened up the scoring against Shakhtar Donetsk on Wednesday night with a special balloon celebration.

That’s right — the 24-year-old French international took a red balloon out of his sock and blew it up in front of the crowd.

It’s certainly one to add to our ongoing list of the craziest celebrations of all-time.

The Twittersphere seemed to believe that he was reenacting the 2017 horror flick It, which showcases a clown and a red balloon. But the player later admitted that the act was done as a promise to his balloon-obsessed son.

The French international has now scored eight goals in his last nine games. It’s no wonder the forward is linked to a big move to Chelsea with a possible transfer deal to be completed before the World Cup.