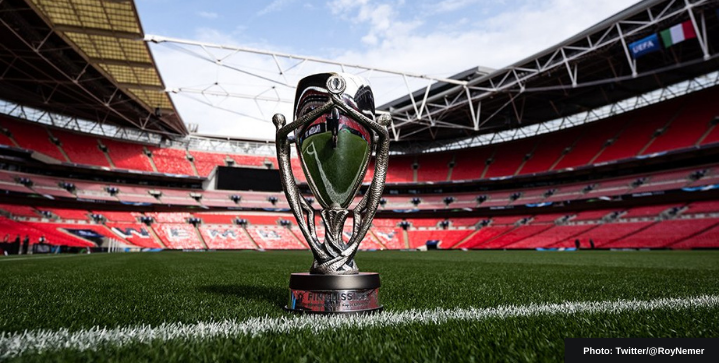 While coming off victorious continental tournaments, the two teams currently stand on different roads of fortune. Italy failed to qualify for the 2022 World Cup in Qatar despite the Euro 2020 winners being ranked #6 in the world.

The Albiceleste, meanwhile, are still running hot from their 2021 Copa America title, having dominated World Cup qualifying and today rank 4th in the world.

Who will be the “super champion?”

The two governing bodies, CONMEBOL and UEFA, announced their decision to bring back the Artemio Franchi Trophy last summer.

The Copa America and Euro champions previously played each other in 1985 and 1993. France beat Uruguay 2-nil in the first version while Argentina won the 1993 Artemio Franchi Cup against Denmark with Diego Maradona on the squad.

Lionel Messi’s team are on a 31-game undefeated streak, with the superstar looking to add a 40th career trophy to his vault. Meanwhile, 37-year-old veteran center-back Giorgio Chiellini will make his final appearance for the Azzurri.

“It will be a pleasure to play my last match for Italy against Messi. Argentina has exceptional players. They didn’t win the Copa América by coincidence,” said Chiellini in a pre-game press conference.

Coverage for the game starts at 2:45 PM EST on Fox Sports 1 (TV) or Fox Sports (Streaming). For UK viewers, the 19:45 kick-off broadcasts on the Premier Sports channel.