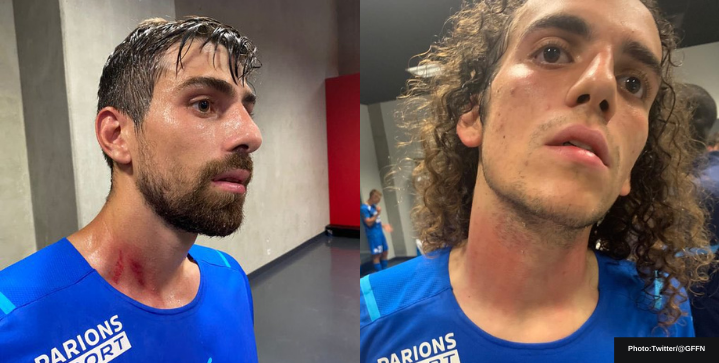 Last night, Nice’s Ultra fans stormed the pitch during a match against Marseille after Dimitri Payet threw back a bottle that hit him.

The incident occurred in the 76th minute of the second half of the Ligue 1 matchup. Marseille abandoned the match and therefore forfeited the rest of the game according to LFP (Ligue de Football Professionel) rules.

Marseille midfielder Matteo Guendouzi and central defender Luan Peres were both left with strangle marks on their necks. Payet’s back reflected the thrown object.

“This is an insult to football and there must be sanctions,” said France’s minister for sports Roxana Maracineanu.

“We need to set precedents for French football,” said Longoria.

“The referee was with us, he confirmed that to us, that safety was not assured.

“His decision was to abandon the match, but the LFP decided to restart the match. It is not acceptable for us.”