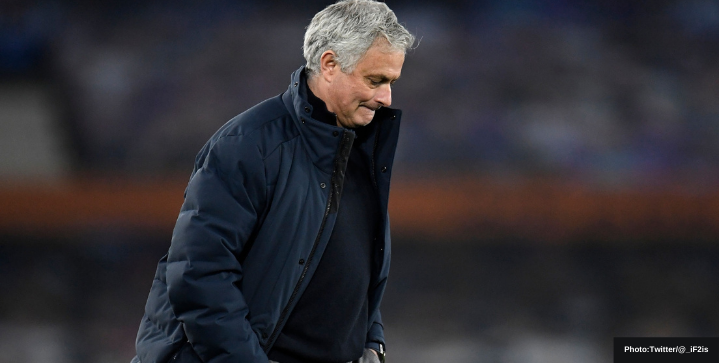 Tottenham has confirmed the sacking of Jose Mourinho, 6 days before Spurs play the League Cup final. Ryan Mason will be the Tottenham manager until the end of the season.

Rumors that the “Special One” was fired because he stood up against the European Super League are false. Rather, the Club have sacked Mourinho strictly for his poor performance.

Tottenham fired Pochettino and appointed Mourinho in November 2019 to “rescue” the season with a respectable finish. But the “Special One” up and down start to this season and toxic environment left the club with a bad taste.

Said Spurs Chairman Daniel Levy: “Jose is a true professional who showed enormous resilience during the pandemic. On a personal level I have enjoyed working with him and regret that things have not worked out as we both had envisaged.”

Tottenham is the first club Mourinho managed for more than 20 games and failed to win a trophy. He departs with a total of 86 games coached, with 45 wins and 23 defeats.

The Portuguese boss lost more games in all competitions this season than he has in any other term in his managerial career. That is more than his tenure at Porto, Inter Milan, Real Madrid, and his first spell at Chelsea.

“Thank you for everything, boss,” wrote Harry Kane on Instagram. A pleasure to have worked together. I wish you all the best for your next chapter.” The striker made 62 contributions under Mourinho, including 45 goals and 17 assists.