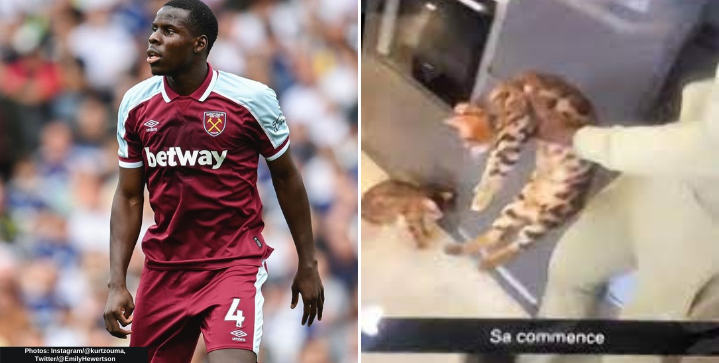 In the video obtained by The Sun newspaper, Zouma kicks and smacks the defenseless animal. The 27-year-old issued an immediate apology and opted out of yesterday’s away match against Leicester City due to illness.

“I’m sorry. I apologize to the people shocked by the video. Both of our cats are doing well and are healthy. They are loved and cherished by our family, this was an isolated incident that will not happen again,” stated Zouma.

West Ham players and coach David Moyes have backed the French defender and will continue to select him. “There’s plenty of managers who had players who made mistakes, somewhere along the line you always hope there’s a little bit of forgiveness,” said Moyes.

Meanwhile, Sky Sports pundit Graeme Souness has been far less forgiving, telling his audience he has “zero sympathy for him.”

“He’s turned up today and got abuse from his own supporters. West Ham’s roots are in the East end of London, salt of the earth people. People that would not, the vast majority would not be accepting of it.

“I have major problems with it, for me looking at that video, that cat hadn’t done anything wrong. It was picked up and abused for entertainment. They’re laughing.

“The fact they put it out on social media suggests they didn’t think there was anything wrong with the behaviour, they thought people would find this funny and amusing. It’s just wrong on every level, what they did.”