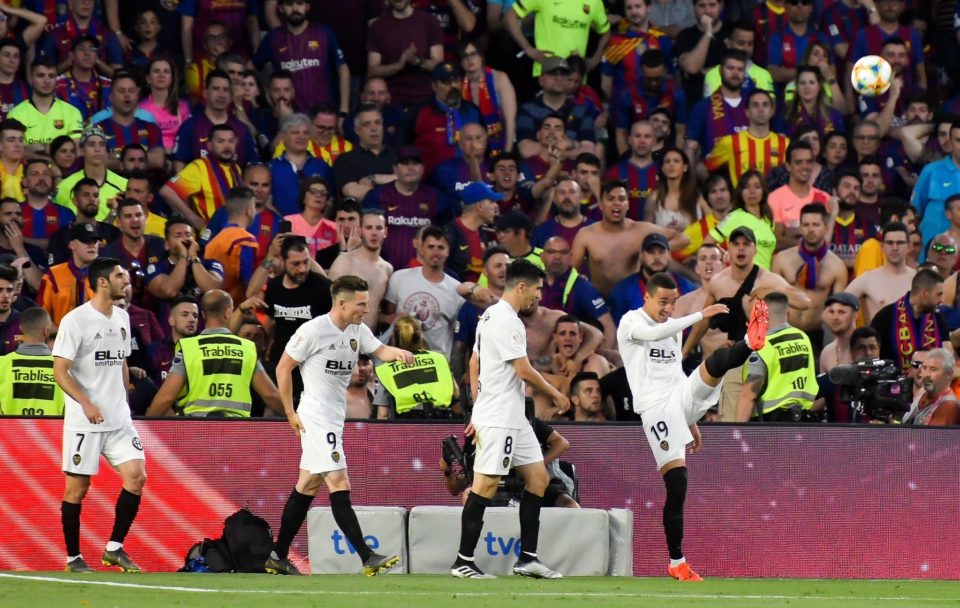 Valencia put an end to Barcelona’s chances of winning a 5th straight Copa del Rey on Saturday by defeating the Catalan side 2-1.

Valencia’s two first-half goals were just enough to hold off a Barca side desperate for an equalizer. Messi scored off a rebound in the 73rd minute but that’s all the Blaugrana could muster.

After a tough start to the season — Valencia sat four points off the relegation zone halfway through La Liga — Valencia’s 100th season couldn’t have ended any better.

Although the team lost to Arsenal in the semifinals of the Europa League, they clinched a fourth-place finish in La Liga in the final game of the season.

Beating a Barcelona side haunted by Anfield for the Spanish Cup was, therefore, the icing on the cake for Marcelino’s team.

“It’s the happiest day of my career,” he said after the match.

“Thanks to the players, the coaching staff, the fans, my family and to everyone who has made me the happiest man in the world.”

His counterpart on the other side though may not feel so lucky. With only one trophy to show for a what could’ve been a treble-winning season, Ernesto Valverde’s job now remains in limbo.