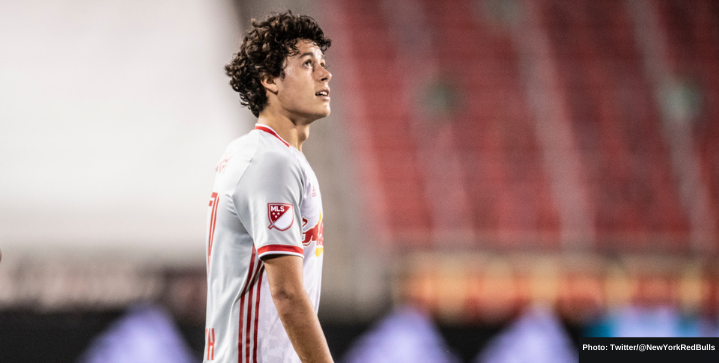 The New York Red Bulls have officially announced the transfer of Minnesota-born midfielder and USMNT hopeful Caden Clark to RB Leipzig. He signed a three-year deal with the Bundesliga side.

The 18-year-old’s stock has been on the rise since making his MLS debut last season. The teenager scored two excellent goals in his first two matches for the New York side.

Clark will remain in New York through the end of the 2021 MLS season before heading to Germany to join compatriot and newly appointed Leipzig head coach Jesse Marsch.

He also teams up with USMNT standout Tyler Adams, who made a transfer from the Red Bulls to the Bundesliga club in 2019.

“In Clark, we have once again pulled off the signing of highly talented young player and have been able to tie him down for the long term,” said Leipzig’s commercial director Florian Scholz.

“This signing completes another piece to our puzzle for our squad planning at an early stage. We decided that a loan back would allow Caden, at just 18, a whole season in the MLS before he joins us here at Leipzig.”

The youngster eagerly awaits his first call-up to the men’s national team.