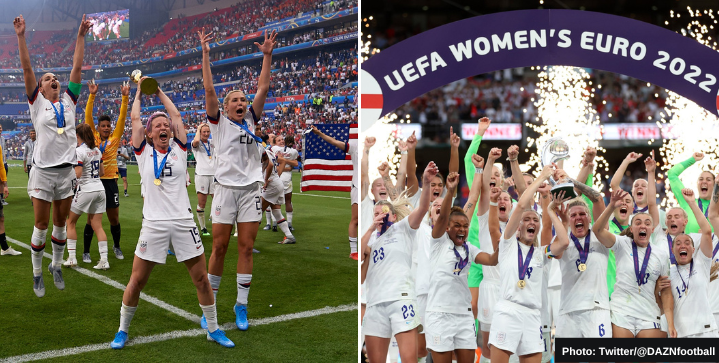 Sixty-five thousand tickets for the USA-England international friendly sold out 24 hours after going on sale. The rush of fans trying to book their tickets temporarily crashed the FA website.

The 2022 European winners England are set to face 2019 World Cup champions USA at Wembley in October.

The game hinges, however, on England securing World Cup qualification in September — the Lionesses still need a point to confirm their place in Australia and New Zealand next summer.

“It is really exciting to have the chance to play the US at Wembley if we can make sure of qualification for the World Cup,” said England head coach Sarina Wiegman.

The last time the two nations played, the United States defeated England 2-1 in the 2019 World Cup semi-finals. But the potential match at Wembley will be the first time the two sides have ever met at the London stadium.

The October 7 fixture date is extra special because it also marks 50 years since the first official England women’s match.