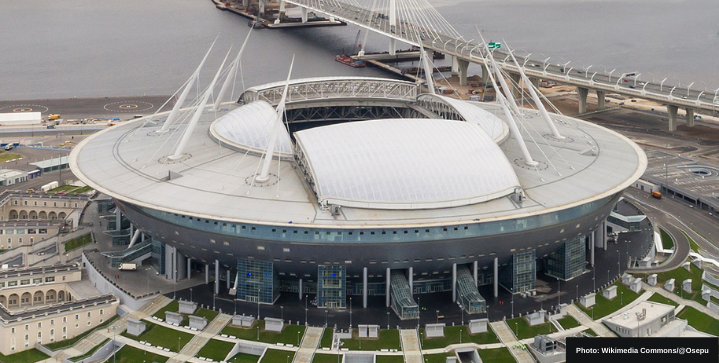 European football’s governing body, UEFA, is working on moving the Champions League final from St Petersburg amid the Russia-Ukraine crisis.

The final is scheduled to take place on May 28th at the Gazprom Arena in St. Petersburg, Russia. Russian-owned Gazprom is one of UEFA’s biggest sponsors.

“UEFA is constantly and closely monitoring the situation and any decision would be made in due course if necessary,” the Champions League organizer announced.

On Tuesday, British Prime Minister Boris Johnson urged UEFA to explore other venues immediately, saying that “there is no chance in holding football tournaments in a Russia that invades sovereign countries.”

Where will UEFA relocate the UCL final?

If UEFA strips Russia of the right to host this year’s Champions League final after its Ukraine invasions, there will be no short of able replacements.

London mayor Sadiq Khan said his city is prepared to host the final, with Wembley the likeliest destination.

Where do you think should UEFA relocate the final?