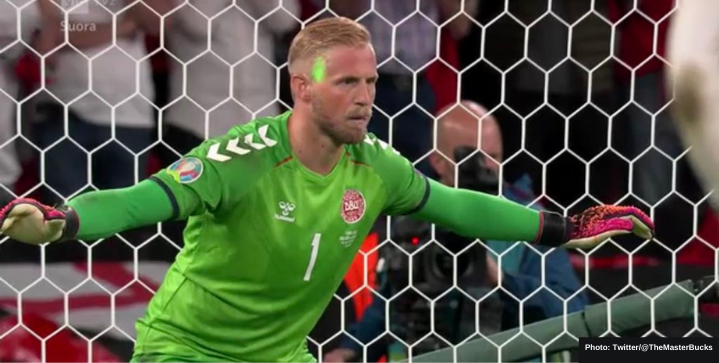 The moment occurred during a decisive penalty in the 2020 European Championship semi-final between Denmark and England at Wembley stadium.

A England fan pointed a green laser into Schmeichel’s face during the kick. The Dane saved Kane’s shot but the England’s forward smashed in the rebound.

UEFA issued the following statement in response to the incident: “Disciplinary proceedings have been opened following the UEFA EURO 2020 semifinal match between England and Denmark (2-1), played on 7 July at Wembley Stadium, London.”

England also faces charges for booing Denmark’s national anthem and for the use of fireworks. England meet Italy in the finals of the 2020 Euros this Sunday.

Absolutely shocking that this was allowed to happen! Someone used a laser pen on Kasper Schmeichel!!! pic.twitter.com/73goP3J00a