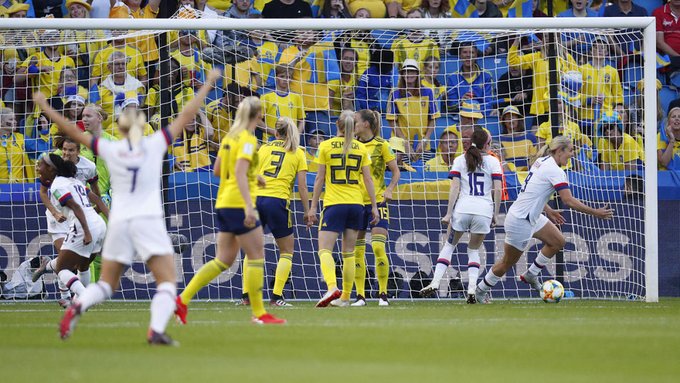 The United States beat Sweden two-nil in their final game of the group stage, garnering all 9 points to finish first in Group F.

Lindsey Horan scored an early goal while Tobin Heath added another (later marked an own goal) in the 50th minute. Heath earned the game’s most valuable player for her dominant performance on the wing.

The USWNT hype is real

The US team scored a whopping 18 goals — 13 against Thailand — in a single group stage without conceding a goal, a World Cup record. The only other team to keep a clean sheet in the first round was Germany.

The defending champs will face Spain in the Round of 16 on Monday in Reims.