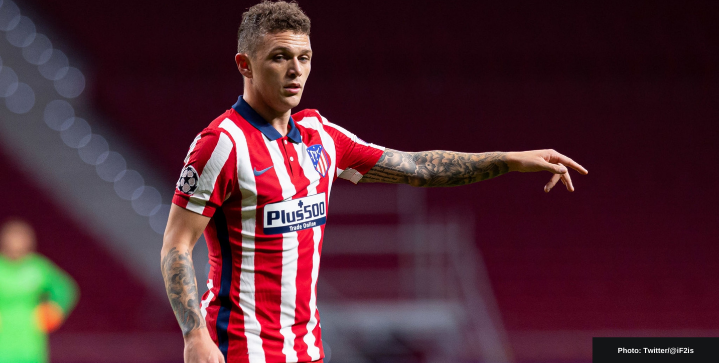 Kieran Trippier is on the verge of a return to the Premier League with Newcastle keen to snatch the defender.

The England international appeared to signal his departure in yesterday’s game at the Metropolitano. Trippier signed for Atletico in the summer of 2019 on a three-year contract.

He played a key role in helping the club earn its first La Liga title in 7 years last season. Now, he’s facing the decision of staying at Atletico and fighting for Champions League football or joining the Magpies to avoid a Premier League relegation battle.

Newcastle’s new owners, the Saudi Arabia Public Investment Fund, remain confident in making Trippier their first big signing. According to transfer guru Fabrizio Romano, Newcastle are close to signing the 31-year-old for £25M. They will also make the right-back the club’s highest-paid player with a salary of around £7.5 million per year.

Atletico boss Diego Simeone promises not to get in the way of the deal.

“It depends on him,” quipped the Argentine boss after yesterday’s victory over Rayo Vallecano. “We want him to stay, but you can’t force anyone to stay.”

“He is an extraordinary footballer that has given us a lot. But as I have said, it depends on him. We hope that Trippier can stay but I don’t know if you can’t hold anyone back in life.”

The former Spurs defender could be the first of a handful of players expected to join Newcastle this January. The Magpies are also interested in a move for Arsenal wantaway Pierre-Emerick Aubameyang.