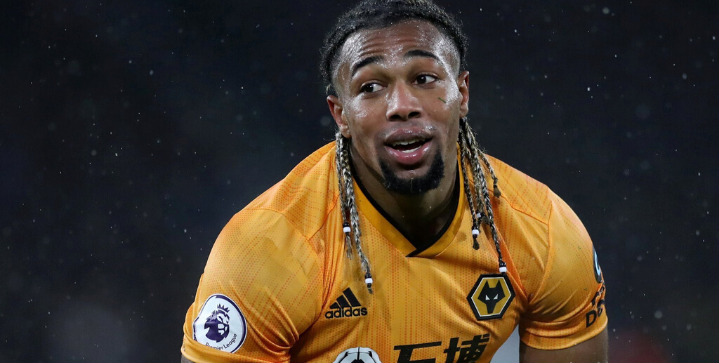 The £70m-rated player is enjoying a stellar year for the Wolverhampton Wanderers. He’s averaged 5.6 successful take-ons per game in the Premier League season, more than any other player across Europe’s top five leagues.

For comparison, Lionel Messi is second with 5.5 positive take-ons per match.

“Adama Traore ripped me apart this season. He’s the fastest player, easily, without a doubt. He could give most Premier League defenders a 15-yard head start and he’d still win the race,” said Liverpool defender Andy Robertson.

Barcelona are the latest team to join the recruiting efforts for Traore, pitting the club in a four-way fight against Liverpool, Manchester City, and Manchester United. Bavarian giants Bayern Munich are rumored to be interested as well.

The 23-year old Traore grew up as a dribbling sensation at Barcelona’s much-revered La Masia. However, he’s not pledged allegiance to the Blaugrana whom he left for Aston Villa at 19-years-old.

“If I do not have the option of Barca and I have to go to Real Madrid, I do not close any doors,” he said an interview with La Sexta show Jugones.

“There was a misunderstanding with Barca. Something happened that I didn’t like, but I prefer to keep it for myself.”

“Yes, why not [return to Spain],” added Traore.

“But I made a promise to become one of the best in England.”

Traore has scored five goals and notched seven assists this season for Nuno Espirito’s Wolves, who sit 7th in the Premier League table.

As Traore decides his club future, he’s making plans for his international future as well. Although born in Spain, his parents hail from Mali, which makes him eligible to play for the West African country.

“My mentality is to work for the team and the performance for the team gives me half a chance with two international teams and I am happy for that,” he told BBC Football.

“I am grateful (to have the chance) with the two international teams – Spain where I was born and Mali where my origins are.”

Traore also told Jugones about his emergence from a skinny kid at La Masia to muscle man in the Premier League.

“I don’t do weights. I know it’s hard to believe. I do zero weights. It’s genetic. I do some exercises, but not too much either because I gain muscle mass very quickly,” he said.

Where do you think the all-natural Adama Traore will play next? Let us know on Facebook.