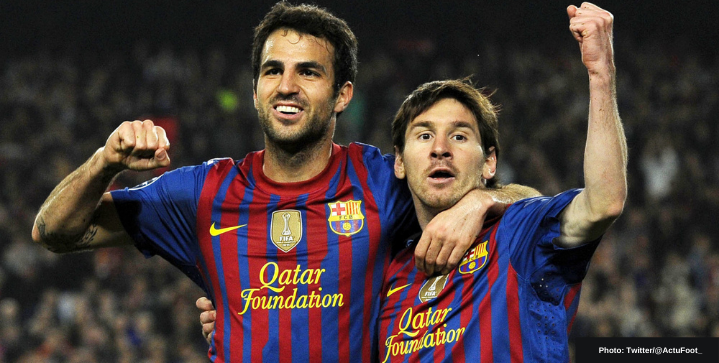 Lionel Messi is interested in ending his career in MLS with Inter Miami as soon as 2023.

According to Cadena Ser, it’s rumored that the Barcelona legend wants to join his friend and former teammate Cesc Fabregas in the Sunshine state.

Fabregas’s wife and Messi’s wife are good friends. Both are trying to convince their husbands to make the future move.

Fabregas looks to sign with Beckham’s club in 2022, a year earlier than Messi. Mutual friend and former Barca man Luis Suarez is also rumored to sign for Inter Miami on a free transfer next summer. His Atletico contact expires at the end of the 2022 season.

“I see no reason why Lionel couldn’t come here. If it would make him happy, we would welcome him with open arms,” said Inter Miami and Argentine striker Gonzalo Higuain.

This isn’t the first time Messi has been linked to a move to the MLS.

Beckham has been trying to woo Messi to Miami for a couple years now.

“Everyone has their wish list. But if you look at the way Leo and Cristiano are still playing, even at what you might think is the later stage of their careers, I don’t see it ending for them,” said Beckham back in 2019.

Who knows — Brand Beckham’s persistent chase for one of the world’s best players might one day pay off.