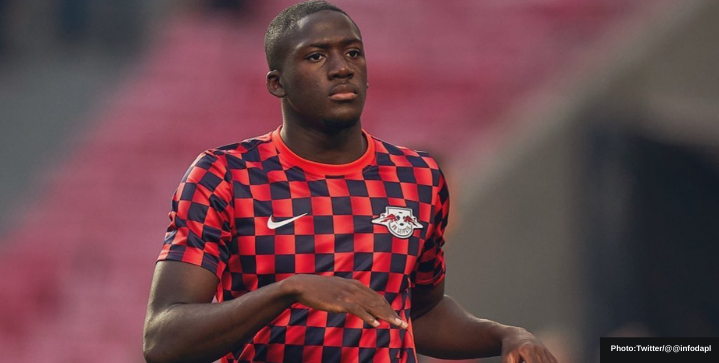 Liverpool are set to sign Ibrahima Konate from RB Leipzig, according to The Athletic.

Talks have intensified over the French defender in the past few weeks, with the center-back set to be released for $47 million.

The player, currently on duty for France at the European Under-21 Championship, shared an interesting reaction to the Liverpool links.

“I woke up, I saw my phone ringing all over the place. I just wanted to tell them, ‘Hey, I played yesterday, I’m tired, leave me alone,’” Konate told L’equipe.

“Frankly, I don’t even look at this. We can’t focus on that, there are the Euros and then my return to the club. You have to focus on that and not on the external things.”

The 6 foot 4 France youth international has made 89 appearances for Leipzig, missing long spells of the 2019/20 and 2020/21 seasons due to multiple and ankle injuries.

When fully fit, RB Leipzig reporter Guido Schare says Konate is “a little bit Virgil van Dyk” with the potential to be a “world-class package.”

Reds boss Jurgen Klopp holds a firm interest in Konate, seeing the player as one of the options to bolster the defense next season. Leicester City’s Caglar Soyuncu Brighton and Hove Albion’s Ben White are also on Klopp’s shortlist.

Chelsea are also said to be interested in Konate but the Reds could be the most aggressive in bringing one of the most sought-after defenders to Merseyside.